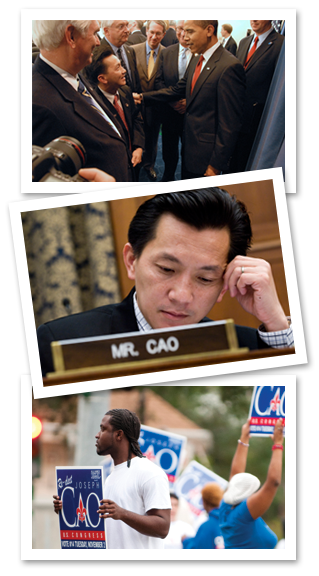 What happens when the naiveté of a political rookie clashes with the realities of racial and partisan politics of the South?

Mr. Cao Goes to Washington is a fascinating character study of Congressman Joseph Cao, a Vietnamese American Republican elected by surprise in an African American Democratic district in New Orleans. Will Cao make it through his term with his idealism intact?